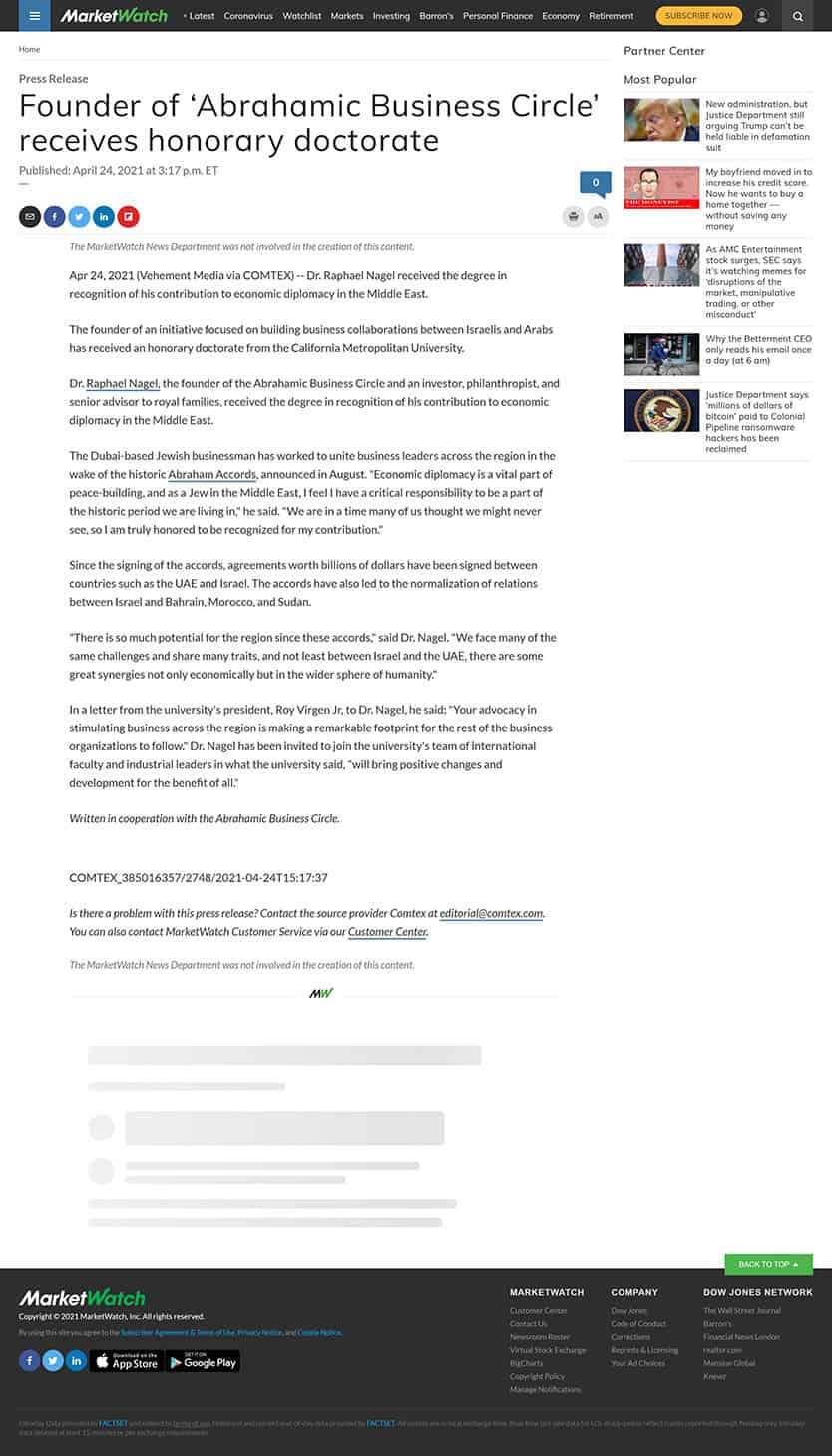 Dr. Raphael Nagel received the degree in recognition of his contribution to economic diplomacy in the Middle East.

The Dubai-based Jewish businessman has worked to unite business leaders across the region in the wake of the historic Abraham Accords, announced in August. “Economic diplomacy is a vital part of peace-building, and as a Jew in the Middle East, I feel I have a critical responsibility to be a part of the historic period we are living in,” he said. “We are in a time many of us thought we might never see, so I am truly honored to be recognized for my contribution.” Since the signing of the accords, agreements worth billions of dollars have been signed between countries such as the UAE and Israel. The accords have also led to the normalization of relations between Israel and Bahrain, Morocco, and Sudan.

“There is so much potential for the region since these accords,” said Dr. Nagel. “We face many of the same challenges and share many traits, and not least between Israel and the UAE, there are some great synergies not only economically but in the wider sphere of humanity.”

In a letter from the university’s president, Roy Virgen Jr, to Dr. Nagel, he said: “Your advocacy in stimulating business across the region is making a remarkable footprint for the rest of the business organizations to follow.”

Dr. Nagel has been invited to join the university’s team of international faculty and industrial leaders in what the university said, “will bring positive changes and development for the benefit of all.” 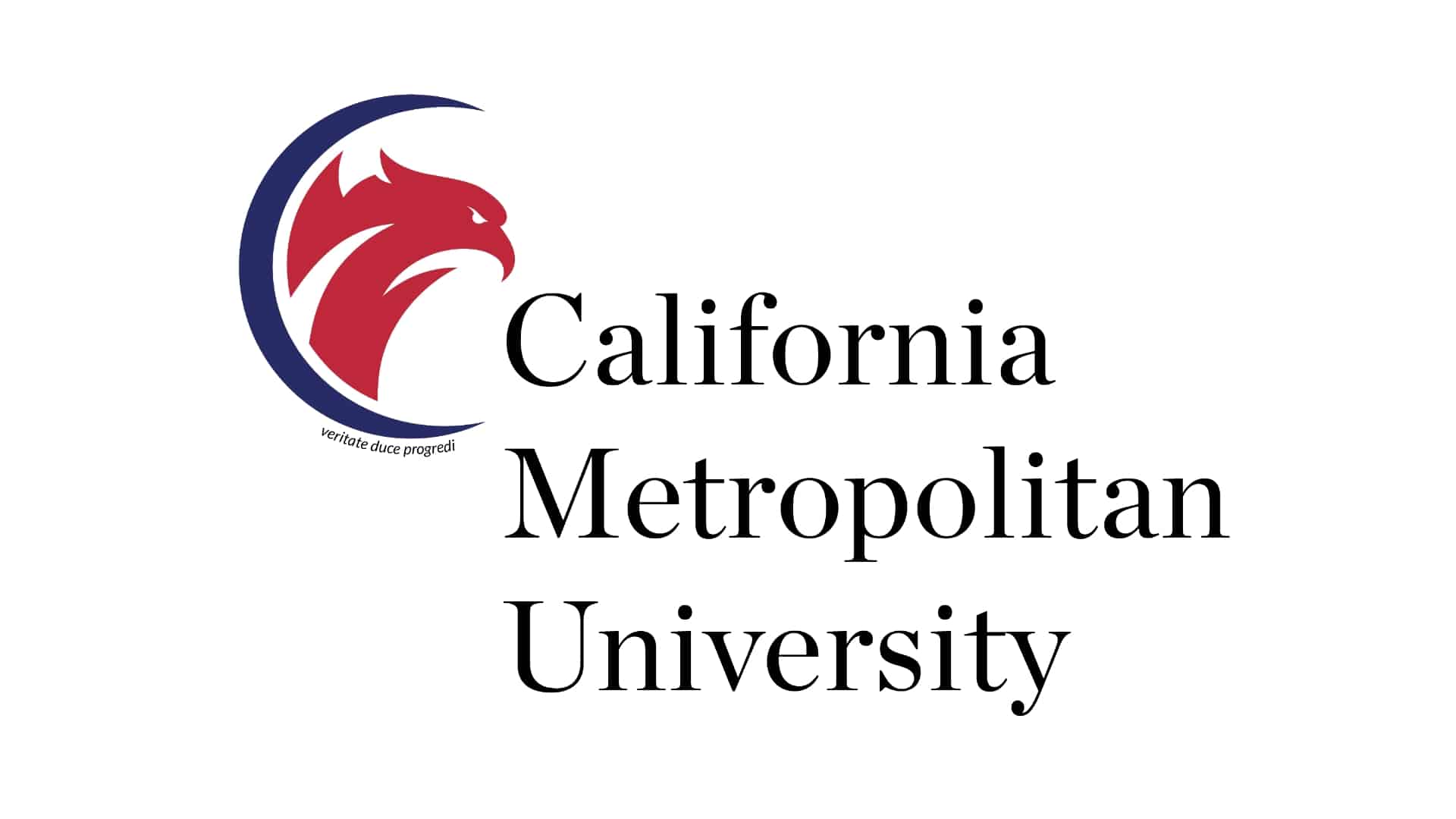 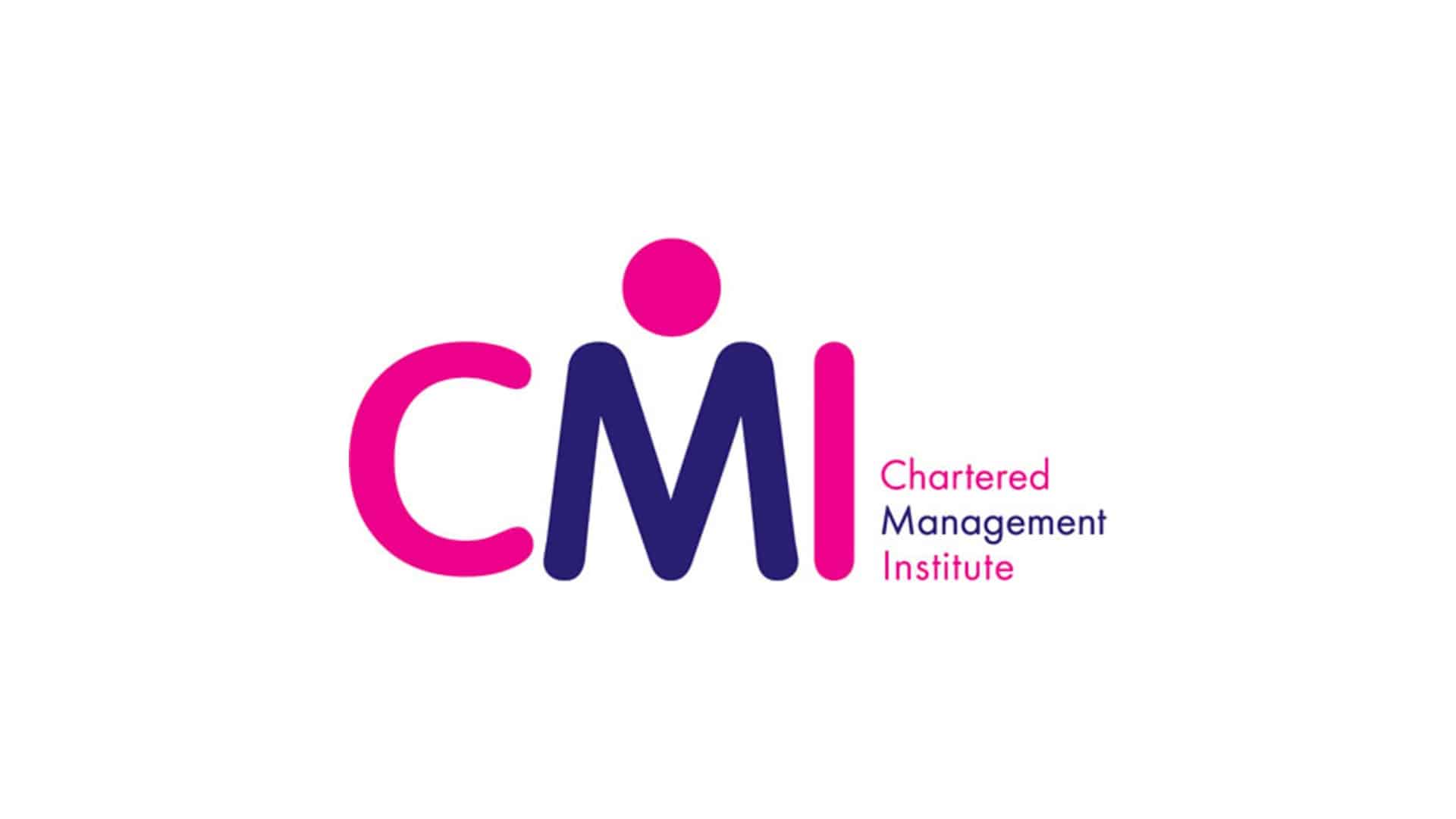